The Three Types of Love 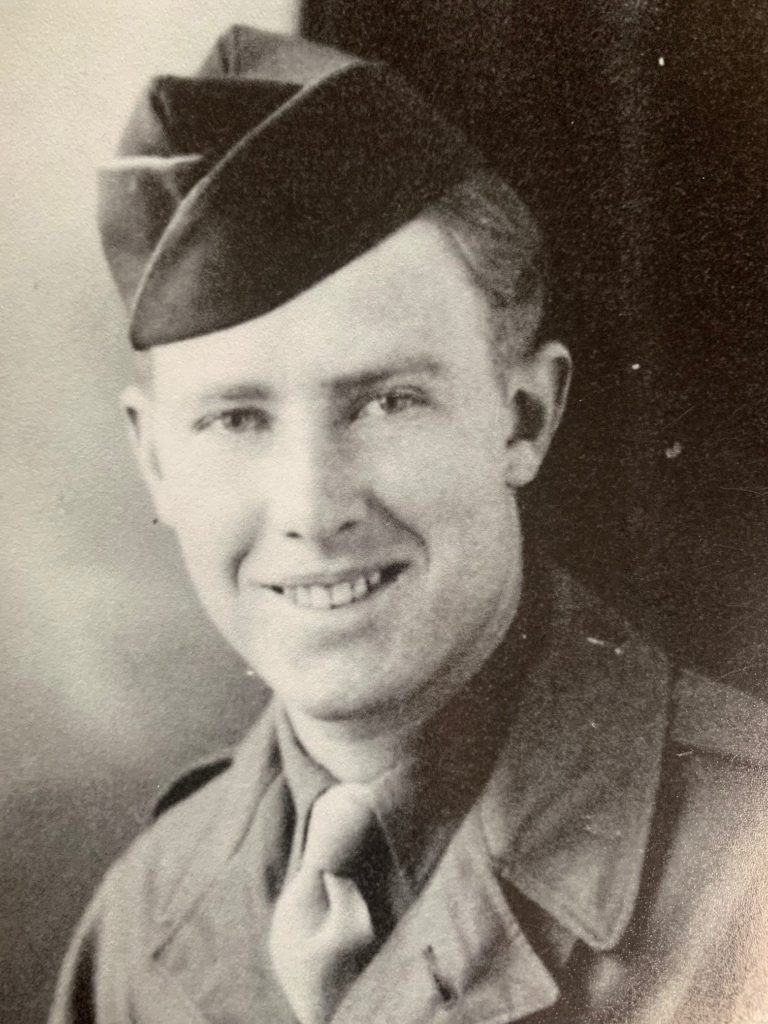 The Hospice & Community Care campus is filled with personalized pavestones and bricks each carrying a story. We are happy to share one of those stories on the blog.

Mrs. Beverly Ernandez has a pavestone in the Sanctuary Garden as well as a stone in the Veteran Garden in memory of her husband John “Buddy” Ernandez. Mrs. Ernandez describes her love for her husband, and love in general, as a three-part equation. “There are three kinds of love. You have caring, where you care for others. You can care for someone hurt or in need. There is fondness, a love for those you know or meet in your life. And there is affection, a deep abiding love. I was very grateful to have had all three types of love in my marriage and for my husband, Buddy.”

“I have had a wonderful life, and I thank God for it. I loved my husband so much; I still love him. I am from southern Illinois, from a little town called West Frankfort, and I taught school in the St. Louis area, and I had two good friends,” said Mrs. Ernandez. “And there is a word of love; I love my two good friends. We decided we were not going to stay in the St. Louis area for Christmas vacation, we were going to go to New Orleans. So we went to New Orleans, and it was there that I met a young man named John “Buddy” Ernandez.”

“Buddy was from Lando, SC, in Chester County. He was in New Orleans with two of his friends from Chester to watch Clemson play in the Sugar Bowl game. We met and had a pleasant conversation. We connected. I had such a wonderful time that I flew down to the Carolinas to see him, and he flew to see me in the St. Louis area, where he met my parents in West Frankfort. They liked each other very much. We just kept writing back and forth and calling each other. One day he asked me on the telephone to marry him. And I said yes. He asked me if he could send my engagement ring to me in the mail, and I said yes. I moved to South Carolina, and I have been here ever since. I am a South Carolinian. I met him in 1959, we married in 1961, and our daughter was born in 1963.”

“My husband and I had a good life,” shared Mrs. Ernandez. “I taught school in Chester, and one day he said he wanted to open a restaurant. I told him that was fine, and I wanted to teach school. I taught at Edgemoor for two or three years and then transferred to College Street in Chester. He did open a restaurant called the Columbia Street Grille. Then a parcel of land opened up, and we opened Buddy’s Drive-In. It had a speaker system, and I helped him at the restaurant and taught school. Eventually, I left teaching to help him fulltime. We had a beautiful life together. I won’t say it was all perfect because it wasn’t. You have your ups and downs, and there are always hard times. But when you love someone and care for them, you work through your trials and tribulations, and we did.”

“I had a man come to me from the school board, Mr. Bankhead, from Great Falls. He said, “Mrs. Ernandez, we are going to open up a school for special needs children and we would like you to be the director.” I responded that I didn’t have any experience with special needs. Mr. Bankhead answered that they knew me as an elementary school teacher and had confidence in me. I asked Buddy what he thought…and he looked at me. And I can still see his face, and I love him for what he said. He asked me, “Would you like to do that?” I told him that I would like to try that. He said, go for it, and I hugged him and kissed him. I can still remember that moment, I remember his face, and I was so happy. I tried it, and I became the Director of the Grover Pundt School for several years. Up until Public Law 94-142 came into effect, and I had to have a degree to work with special needs children. I did not have that degree. Buddy asked me if I wanted to get that degree, and I said I would. He told me he would work my schedule at the restaurant so I could go back to school. And I loved him so much for that. Because if it hadn’t been for him, I would not have been able to do all that. I received my degree in special education from Winthrop University.”

“Mr. Marie was from France but worked for both governments. He is the one who arranged the invitation for Buddy to receive the Legion, and he was the one to contact President Obama. Buddy received a letter from Barak Obama inviting him to receive the Legion of Honor, but he was ill at the time and couldn’t attend. Our daughter Jonie and her husband Jim traveled to Raleigh to receive it.  In March 2012, Bernard Marie made a special trip to present the Legion to him. He died in April 2012.”

“When Buddy talked about Omaha Beach, he said they called it bloody Omaha. And he said it was. Buddy went in on the second wave; there were bodies everywhere, and the water was red. Then they had to walk to Aachen, Germany. While there, they heard German troops, and they had to take shelter in a basement. The only thing they had to eat was sauerkraut. While Buddy was in Germany, he met a man, Ken Brazier, and they became good friends. For years afterward, they would write back and forth to each other. Ken told Buddy if he ever wanted to come overseas, he would get him to France. And we went. He was another sound, caring friend. We went over to London and met with him and his family, and he took us to the cemetery in France,” said Mrs. Ernandez.

“Love can take on many, many different connotations. For example, you can have affection, like the love for a child for a mother. Or you can have a fondness, a passion for books, or a love for sports. We had the same likes and loves. Buddy and I both had a love for sports, so we didn’t have to watch different things. Especially the Gamecocks and the Clemson Tigers. We had the like in that we both had a love for reading, and getting in the car and going and doing. We had all three loves; we had the fondness, the liking, and of course, the affection and attachment you have to have to get married.”

“Hospice came to the house and cared for Buddy. They had told me that he would have a few more weeks but told him not to get out of bed. I told him not to get out of bed. One day when I was preparing his breakfast, he went to the bathroom and fell. I called Hospice and the ambulance, and they got there at the same time. I will never forget the goodness Hospice did. I have the pavestones in the gardens, and I have attended the Veteran Ceremonies when they hold them. I wanted to do whatever to give back.” 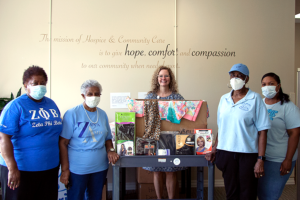